The Three Mindsets of Kata

There are three general mindsets with regards to kata:

#1. The “Traditionalist’s” perspective: Kata must NEVER be changed!

#3. The “Revisionist’s” position: A contemporary reinterpretation of classic tradition

Karate is the Japanese art of protecting oneself with little more than the use, of our empty hands. Its origins can be traced back through Okinawa’s old Ryukyu Kingdom to an age-old liaison with China and SE Asia. The once secret art has since blossomed into a popular tradition, with myriad styles and methods practiced the world over. In spite of its wonderful diversity, Kata [template-based practice] remains the one single and common thread, weaving together the very fabric of this art. Regarded as a time capsule of sorts, it is believed that the very essence of its function lays cleverly concealed within the abstract practice. Remaining the topic of intense curiosity, with seemingly no definitive explanation as to how it actually works, a never-ending plethora of problematic-based hypotheses continue to compete for validation. As the director of the International Ryukyu Karate Research Society, I feel confident that the work, which lies before you, simplifies both the origin and application of Kata, irrespective of style.

While there has never been any shortage of explanation outlining how this style varies from that style and why this method is better than another, etc., surprisingly few have ever spent much time looking at its contextual premise!  By this, I simply mean, “WHY?” No one argues that self-defence serves as the impetus from which the creation of this art originally unfolded. The mistake, however, enthusiasts frequently make when looking at the history of this civilian art of self-defence is to associate it with warrior-based practices and culture, both of which it has little to do with. Subsequently, the premise of such a study is already flawed by the time it gets started. This art of self-defence undeniably owes its origins to the kind of physical violence as habitually perpetuated in domestic society. Also, judging by the remarkable similarities in other civilian-based fighting arts found in every culture, the problem of physical violence in domestic society was certainly not the exclusive domain of China, SE Asia and or Okinawa!

Independent research carried out here at the IRKRS discovered that such acts of physical violence were not necessarily random, but very often associated with habitually dysfunctional behaviour patterns identified in domestic society. Excluding military-operations, weapon-based attacks and or gang-related [i.e. multiple attackers] fighting, physical violence in domestic society, across the history of human civilisation, has always been based upon common mechanics and universal principles… looking at it from a scientific point of view. Transcending time and culture, the only guiding variables in effectively negotiating such commonly brutal encounters, with the use of none-lethal force, were and still are, age, size, gender and circumstances.

In an effort to catalogue this information, as a basis on which to understand the transmission of knowledge, the IRKRS established its HAPV-Theory; “HABITUAL ACTS of PHYSICAL VIOLENCE,” and supported by its corresponding 2-Person practices, as the principal pathway for learning Kata, hence, to understand all forms of Karate that use them. 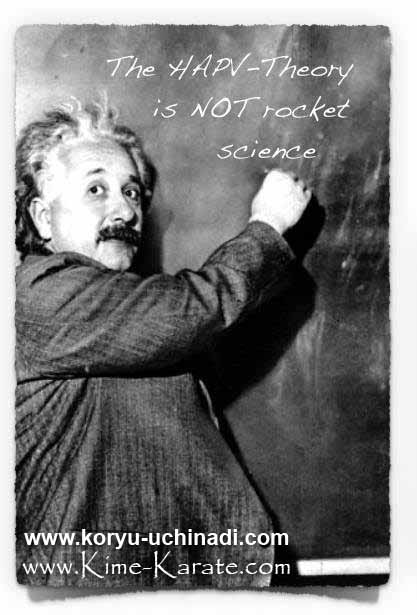 HAPV rationale is far superior to the overly ritualized and heavily rule-bound practices used in traditional karate where recognized “authorities” either don’t know the meaning of its application or continue to advocate incongruous and dysfunctional practices. 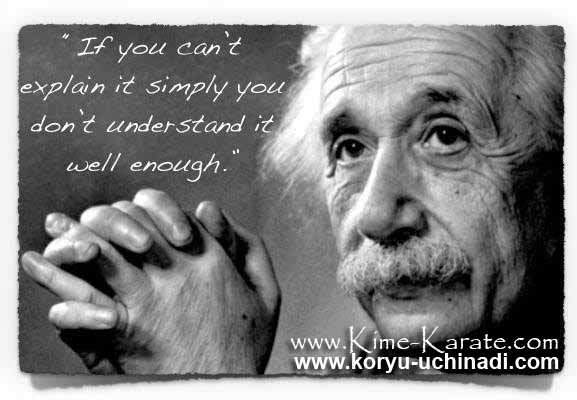 About the Author: Patrick McCarthy 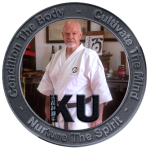 A true legend in the martial arts, Hanshi Patrick McCarthy (9th dan) is founder of the IRKRS & Koryu Uchinadi. A highly sought after international instructor and best selling author of martial arts related books including The Bubushi – The Bible of Karate. He is recognized as the worlds foremost expert on martial arts history and knowledge.

Register on our Website!
Sign up today to comment on our blog!
[ultimatemember form_id=13801] Kime Karate Website/Blog Registration. By registering on the Kime Karate website you will be able to create an account to comment on our blog. Join our community and post your comments. We will keep you informed about current events and information that can positively impact your life. Stay healthy & safe!

I was so very happy to hear that you focused on how to stand strong, react to bullies, etc. in class. I feel so fortunate that you are teaching our kids. I am continually impressed with you and your dojo!!

I have learned a ton, even though I already had my black belt (from a different school). I feel my moves and body control are significantly better. And the style is less high-impact, so I hurt a lot less after class.

T. Poulsen, Adult Student
Register on our Website!
Sign up today to comment on our blog!
[ultimatemember form_id=13801] Kime Karate Website/Blog Registration. By registering on the Kime Karate website you will be able to create an account to comment on our blog. Join our community and post your comments. We will keep you informed about current events and information that can positively impact your life. Stay healthy & safe!
Toggle Sliding Bar Area

We practice traditional martial arts that are based on practical, age appropriate self defense skills that are functional and effective.

Join us for a class!

If you are at all interested in finding a class for you or a child, you have got to try a class! You can request a free class by clicking on one of the links below or by calling us at 223-2870.

Enter your email address to receive a coupon for 50% off your first month of classes!

Check your email for our coupon code!